Since 1863 Dadant & Sons, Inc. has been providing service to the candle and beekeeping industries, and we are proud to be a part of both of these important industries. That is six generations of our family’s involvement, and a good indication of our dedication to these industries. 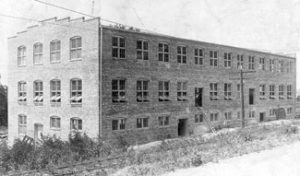 After coming to America from France in 1863, Charles Dadant purchased land on the rolling tallgrass prairie of western Illinois, where he built a simple log house and began keeping honey bees. By the end of the Civil War he had nine colonies of honey bees, and traveled with his young son across the Mississippi River to sell honey and beeswax in a neighboring town. His interest in making quality candles grew from his love and knowledge of beekeeping.

By 1868, Charles began importing queen bees from Italy and was one of the first to import them on a large scale, making several trips to Italy to arrange for their importation. He had also begun a long series of experiments on the size of hives, finally adopting an 11-frame hive with hanging frames on the Langstroth pattern. His writings about the large hive appeared in both America and Europe and were responsible for the introduction of American methods into Europe where the Dadant-Blatt hive became standard in many countries. The Dadant 6 5/8” super (for surplus honey storage) is used extensively today.

In 1871, his son, Camille Pierre, took over the bee work. In 1878, they began manufacturing beeswax comb foundation for their own use and later, for sale. As business grew, they improved upon manufacturing methods and helped to finance the invention of the Weed beeswax-sheeting machine, still in use today. 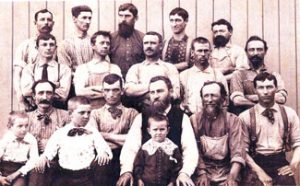 In 1885, the Rev. L.L. Langstroth, often called the father of American beekeeping, entrusted the revision of his book, The Hive and the Honey Bee, to the Dadant family and four revisions appeared under their names from 1889 to 1899. Charles translated it into French and later it was translated into Italian, Russian, Spanish and Polish. Charles died in 1902 and C.P. produced four succeeding revisions of the book. In 1912, he purchased the American Bee Journal to keep busy during his retirement years. The American Bee Journal, originally established in 1861 by Samuel Wagner, has been published continually by Dadant & Sons, Inc., at Hamilton, Illinois, ever since.

As a member of the third generation of Dadants committed to beekeeping, M.G. Dadant devoted his time to the Journal and the business in general. He and his brothers, L.C. and H.C. Dadant, worked closely with bees for many years. It was during this generation that Crimp-wired beeswax comb foundation was invented in 1921 and the business grew to new levels.

Fourth generation Charles C. Dadant entered the business in 1946, after his service in the Navy, to work with his brother, R.H. Dadant. This era saw the firm emerge as a modern and complex industry with a wide variety of interests. In 1963, as part of their Centennial celebration, a plastic-base beekeeping foundation, Duragilt, was introduced along with a revised edition of The Hive and the Honey Bee edited by Roy Grout, another member of the Dadant family.

Today, Thomas G. Ross, Timothy C. Dadant, and Nicholas J. Dadant represent the fifth generation of Dadants with Gabe Dadant and Luke Menn representing the sixth to continue our tradition of service to beekeeping, as well as to U.S. churches with our fine beeswax, beeswax blended and stearic candles. From its humble beginnings, our company has expanded to 11 branch locations nationwide and 4 manufacturing facilities that are located near Hamilton. The Dadant family continues to craft quality 100% beeswax candles, a natural and renewable resource, as well as our line of beeswax blended and stearic religious and decorative candles. Our state-of-the-art candle factory in Kahoka, MO, was built to insure that we will be able to continue to serve the growing market for fine candles for both religious and decorative use well into the 21st century. 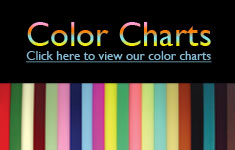 We are currently 2-3 weeks out on order fulfillment. Please contact us if you have any questions.
Contact Us
This is default text for notification bar
Learn more